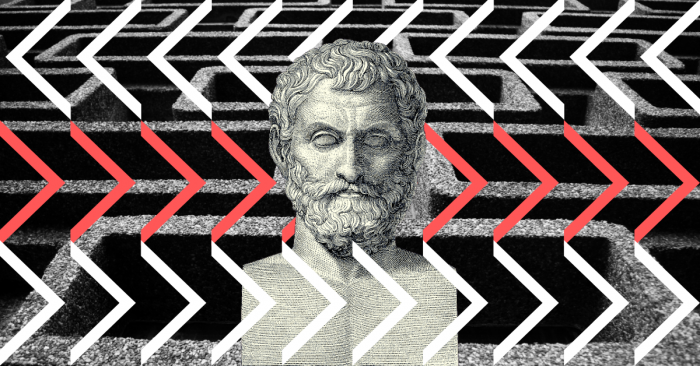 What is optionality? If you want a thorough answer, check out the big juicy book I spent the last couple of years writing (Optionality: How to Survive and Thrive in a Volatile World).

In the meantime, I’ve written a post that links together everything I’ve written in one place, and gives a taste of what the book is about for new readers.

Here’s my definition of optionality, adapted from the introduction of the book, followed by 10 principles for navigating an uncertain world.

What does optionality mean? Let’s start with the simplest definition:

Optionality = the right, but not the obligation, to take action

If you’ve taken out an insurance policy, you already understand the core insight here. As a semi-permanent traveler, I make small, regular payments to secure the right—but not the obligation—to call up my insurer when something goes wrong. If I get in a minor scrape, or lose my bag, I can choose to pay for it out of pocket. I am under no obligation to get the insurance company involved, and most of the time, I won’t. Much better to handle it myself.

But I always maintain the option to call my insurer if things get really hairy: say, I accidentally T-bone someone in my rental car, or find myself in the ICU with a tropical parasite in my gut. If my hospital bills run up to a million dollars, or I have to be airlifted to another country, I want to make that into someone else’s problem. Maintaining this option is extremely valuable to me: far more so than the small upfront fee would suggest.

Not all options are created equal. What really matters here is the asymmetry between the cost and the potential benefit.

After all, I also have the right—but not the obligation—to go on an online shopping spree, or get McDonald’s delivered to my door. I have millions of options at my fingertips at all times. The difference is that there’s no positive asymmetry: the rewards are usually modest, and so are the costs.

Arguably, many of the trades we make in daily life are asymmetrical in the wrong direction. There is such a thing as negative optionality: if you get hooked on meth or run up a gambling debt to the local mobsters, you have destroyed the right to take certain actions, and imposed an obligation in its place.

So: what we’re looking for is choices that offer large, unlimited upside with small, fixed costs.

Insurance is the least-inspiring form of optionality, because it can only ever avert disaster. To get a sense of the true potential, let’s look at one of the oldest and all-time-great options trades.

The Thales/Taleb Model of Optionality 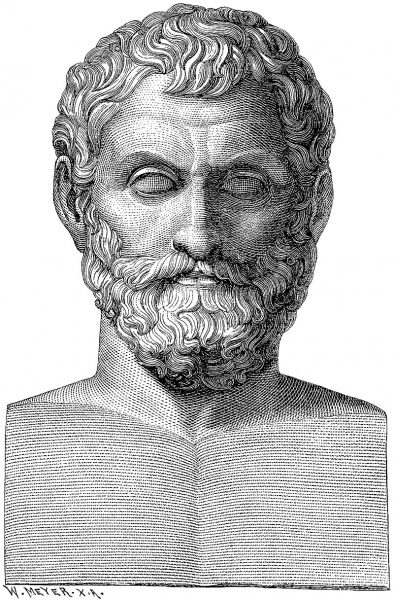 Thales of Miletus was the first of the Greek philosophers. All he wanted to do was pursue his ideas, but the way Aristotle tells it, everyone made fun of him for being a nerd. “If you’re so smart,” they asked, “why aren’t you rich?”

One winter, Thales used his knowledge of astronomy—an informational edge over his detractors—to observe that there was going to be a large crop of olives. So he raised a little money, and bought advance rights to every olive press in Miletus, at a large discount. When the season arrived, the bumper crop triggered a rush of demand. Thales let out the presses on his own terms, getting good and rich, and forcing the haters to admit that, OK, fine, there might be something to this whole philosophy business.

As Aristotle noted, Thales’ prediction didn’t even have to be correct: the scheme would have been successful even if there was a modest harvest. The downside was always limited to the small deposits he placed on the unused olive presses, while the potential upside was huge.

I first came across this framework in the writings of the risk analyst Nassim Taleb, who began his career in the financial markets, where he traded in options—contracts which give you the right (but not the obligation) to buy or sell an asset at a certain price, within a certain timeframe.

Taleb made his fortune by purchasing options that had a limited downside if they didn’t work out in his favour, but a large, open-ended upside if they did. He was happy to accumulate a lot of small, manageable losses most of the time, then make the occasional killing from rare but high-magnitude events.

Just like Thales and his olive press scheme, what Taleb was looking for was options with a favourable asymmetry.

We can classify the various decisions we face in life into three broad categories. Let’s run through them, starting with those that have an asymmetry in the wrong direction.

The worst options to pursue are those that have a negative asymmetry between risk and reward: the upside is fixed, and the downside is unbounded.

I call these ‘Bottomless Pits of Doom’. There’s no guarantee we’ll actually tumble into them, but should the worst happen, there’s no coming back:

Options in the Sticky Middle

The majority of options don’t display a major asymmetry in either direction. There’s no prospect of horrible losses, but you also don’t get any exposure to life-changing opportunities.

In the book, I call this class of options ‘Dead Ends’. It’s not that they’re bad, exactly. The danger is that they distract you from making the kind of decisions that open up life-changing opportunities.

These are the sexy asymmetries that lead to the big wins. There’s no guarantee they’ll actually pay off, and most of the time, they won’t. But if we systematically collect these open-ended options, and keep trying cheap experiments, we maximise our chances of getting lucky.

We live in a world ruled by wild uncertainty. The expanding frontier of human knowledge is cutting through the fog, but the clouds gather faster: the world is only ever becoming more dynamic and unpredictable.

2. It’s hard to make predictions, especially about the future

We can’t even reliably predict our future preferences, despite having near-perfect knowledge about our selves: mental time travel is more of an art than a science. As for forecasting the interplay between markets, governments, and technologies across 8 billion people, it’s a fool’s game.

We still have to make decisions under uncertainty, but it’s crucial that our choices preserve optionality, rather than lock us into path dependencies from which we cannot easily deviate. That means more bottom-up tinkering and effectuation (see the Self-Experimentation Guide), with less emphasis on top-down planning and long-term goals (see Goals Gone Wild).

One of the great longstanding follies in ‘scientific’ thinking is the conviction that everything can be measured and transformed into a quantifiable risk. This overconfidence has been a source of great suffering: the history of finance in particular is a history of brains splashed on the pavement.

Domains ruled by uncertainty are better navigated by simple heuristics, which often perform better than complex models, and don’t give us a false sense of security.

As our world gets weirder, the problem of decision-making under uncertainty gets harder, which makes it more important to maintain optionality.

This is partly a defensive play: optionality acts as a stand-in for intelligence, and means we don’t have to rely on flawed models and detailed forecasts. But it is also opportunistic: it positions us to benefit from violent swings in future states of the world. If you have optionality, volatility is your friend.

5. Generating better options is much more important than trying to make perfect decisions

Consumer capitalism gives the illusion of great choice, even while it traps us within one small sector of the total space of possibilities, wasting our time and attention on a narrow range of standardised options.

When information costs more than it’s worth, the only winning move is to carefully steward your ignorance—to strike at the root of the possibility tree, and refuse to engage with its branching confusopolies.

6. It’s only ever getting harder to make long-term decisions

The smartest minds of a generation are employed in trying to exploit us at the level of our DNA, distorting the sensations we’re hardwired to pursue into powerful superstimuli, and pushing us into the trap of premature exploitation.

It’s increasingly difficult to escape the allure of short-term rewards, and make decisions that maximise our long-term capabilities. The result is that optionality is becoming more valuable at the exact same time as it becomes harder to obtain.

Anyone who can consistently refrain from shooting themselves in the foot will meet with a victory unexpected in common hours.

8. Spectacular success is a matter of putting irons in the fire

Big wins are always mediated by some element of randomness, which means there’s never any guarantee of a spectacular success.

The best strategy for getting lucky is collecting open-ended options with potential for massive upside. We can never be sure if these will pay off, but by systematically putting irons in the fire, we maximise our chances of hitting the big one.

9. Having high-quality options is the best proxy for the good life

Money is a useful servant but a terrible master. Even anti-consumerism movements like financial independence/retire early (FIRE) sometimes lose sight of the fact that stacking up cash is only ever a means to an end.

Naive hedonism is an equally misguided pursuit insofar as it fails to account for the full complexity of human values, while the modern ‘scientific’ study of happiness is a greased pig chase with harmful consequences.

As the ancient Greeks knew, true flourishing comes from having high-quality choices and the ability to explore one’s full range of capabilities—including the right, but not the obligation, to suffer and make sacrifices.

10. Hoarding options indefinitely is for cowards

Critics of optionality usually have more options than they could use in a lifetime—finance professors, venture capitalists, and Peter Thiel-types. In pooh-poohing option value, they are either targeting a very specific audience, or clueless about the incredibly unlikely bubbles in which they live: most of us are just trying to get some options in the first place!

But Thiel and friends are right in a narrower sense. It’s always wise to maintain some level of personal optionality, but the endgame is to deliberately sacrifice it on a worthy altar. This means using our positions to unlock the capabilities of those who have been less fortunate, or to take risks on behalf of the collective.

This is not an obligation, but the natural consequence of pursuing our own self-interest: anything else will eat us alive.

Optionality: How to Survive and Thrive in a Volatile World is available now.

Kudos to you!! This is by far the best travel web site I have read, and I’ve been through them all.

I know Covid has sort of put the brakes on a lot of our wandering in the past year, but things are now looking up, and we may soon be on the road again – sadly, not so much in India, but I’m looking forward to getting out of Indonesia where I’ve been more or less stranded (albeit very pleasantly so) since January 2020.

I look forward to reading more of your excellent writing – I will soon be sitting down to read thru your entire sit, each and every post, yes! Something to do in the evenings at home while my SO surfs thru the old movies and sitcoms on Spotify.

@richard Nice article, going to write some new ones soon!? I miss your writing,

good timing—I’ve been sort of on holiday, but got another monster coming out this evening.