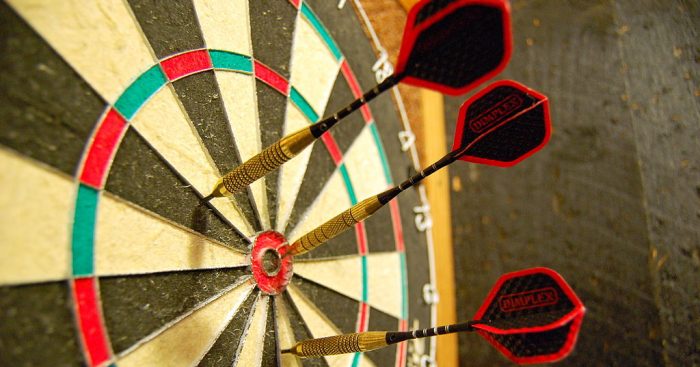 A couple years ago I wrote about a friend who became a millionaire at age 24.

Here’s one story I could tell about his success:

He was a cis white man from a comfortable social class who scored a stable government job – enlisting in the navy as an officer, not a common sailor – which covered most of his expenses. Then he bought into what turned out to be the hottest property market on the planet, with prices doubling in the space of five years. He was able to keep borrowing and buying more houses, while his tenants paid off the mortgage for him. Obviously, his privilege and lucky timing determined his ‘success’.

Here’s another story I could tell:

He worked 70+ hour weeks stacking supermarket shelves while his friends were partying. He studied hard to move through the ranks in the navy, despite having barely managed to graduate high school. His parents provided no financial support. He was laughed out of the bank when he first tried to get a loan. He took a calculated risk, with careful contingencies in place if house prices didn’t rise. Obviously, his hard work and deferred gratification determined his ‘success’.

So, which explanation is correct?

If you’re annoyed there wasn’t a third option, congratulations! It’s a trick question: both stories are correct.

With a moment’s thought, this is obvious. Of course they’re both true. You could argue about which played a bigger part, but not about the underlying facts of reality: yes his timing was good, yes he worked hard, etc.

And yet, my impression is that most people strongly identify with one of these two worldviews, while dismissing the other.

The weird thing is that even though these mindsets are polar opposites, they both arise for the exact same reason: as coping mechanisms for the terrifying randomness of the universe.

There’s no such thing as cosmic justice. Plenty of good people suffer in various horrible ways; plenty of bad people die rich and happy and surrounded by loved ones. This is not part of some grand plan. It doesn’t ‘mean’ anything. It’s just the arbitrary shuffling of atoms bouncing around a universe-sized billiards table.

There are three common ways to respond to this situation. Unfortunately, two of them are kind of messed up.

The ‘Control’ mindset: you make your own luck

The first coping mechanism is denial. Instead of accepting that much of life is ruled by randomness, you convince yourself that you are in control of your fate. If you want something bad enough, it’s in your power to achieve it. If you screw up, that’s on you too.

In politics, this view roughly aligns with those who champion personal responsibility. If you’re poor, or fat, or unlucky, well, that’s the consequence of your own decisions. If you’re rich or successful, that’s because you earned it.

Even the most diehard Ayn Rand fans manage to avoid taking this to the extreme of saying that there’s no such thing as ‘bad luck’.

For that level of stupidity, we have to look to the self-help industry, who make a ton of money scamming people into thinking they can force the universe to do their bidding.

I’ve written about this at length in Is the Law of Attraction Real?. The short version is that positive thinking is great, but not when it leads you to saying that children in Darfur are starving because they’re not putting out enough good vibes.

The control mindset is pathological for society because it encourages this kind of creepy victim-blaming, and denies the fact that a lot of life outcomes really do boil down to random chance.

As for individuals, it’s pathological because it sets you up for a bone-crunching existential crisis. When the universe kicks your ass or fails to deliver on your dreams, that must be your fault. You haven’t left yourself any line of retreat.

The ‘Victim’ mindset: your fate is already written 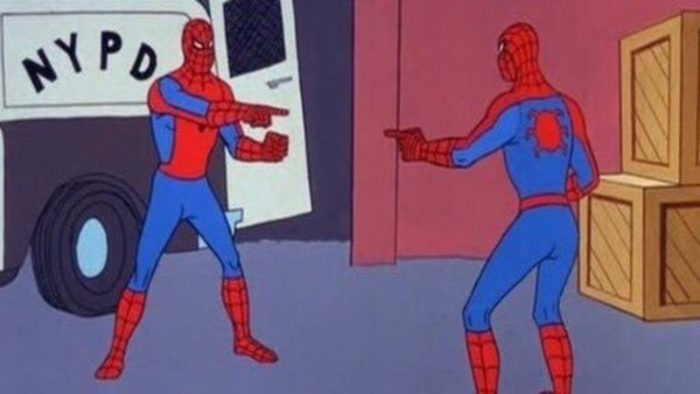 An equal and opposite coping mechanism is to convince yourself that you have no control over your fate.

That way, nothing that happens to you is ever your fault. It can always be ascribed to bad luck, or circumstance, or (lack of) privilege.

It also makes it much easier to swallow the bitter pill of other’s success: they just got lucky. If you were born into a different demographic, or with certain talents, or in the right place at the right time, you’d be rich and successful too.

In politics, this view roughly aligns with those who champion social welfare and wealth redistribution. Life is inherently unfair, so we should level the playing field.

This mindset is probably closer to the truth, especially if you go down the free will rabbithole of hard determinism.1

But it’s still messed up.

To believe that the only reason Elon Musk is rich and successful is because of the melanin levels in his skin or the bits and pieces dangling between his legs is, quite frankly, insane.

Clearly it also has something to do with his ridiculous work ethic, willingness to attempt extremely difficult things, take on risks, and make personal sacrifices – all of which he ought to be rewarded for.

The victim mindset leads to indiscriminately hating on successful people, dismissing their achievements out of hand, and maybe even taking their stuff by force.

These are bad memes to spread, because they discourage everyone from trying to do hard things, until we end up with a sort of society-wide learned helplessness.

This is bad for individuals, because learned helplessness is really, really bad.2 Encouraging people to make victimhood a central part of their identity seems to me like a weirdly socially-acceptable form of psychological abuse.

The ‘Stoic’ mindset: you make your own luck (up to a point) That way we can work on the things within our power, while keeping in mind that the universe might come along and kick our asses at any moment for no discernible reason whatsoever.

Here’s the best definition of luck I’ve come across, which is often attributed to Seneca:

Luck is what happens when preparation meets opportunity.

I like this formula because it neatly captures both the necessary elements: hard work (preparation) and random chance (opportunity).

Golf champion Gary Player said something that captures the same idea: “The harder I practice, the luckier I get.”

Maybe Mr Player3 sometimes has off days. Maybe the flap of a butterfly’s wings halfway across the world nudges his drive into the rough. There’s nothing he can do about that. But he can sure as hell prepare to play the best game he’s capable of, and wait for Lady Luck to bestow her blessing.

(This is not meant to be profound. I’m only calling this the ‘stoic’ mindset because it maps onto something that a bunch of old dudes already figured out 2000 years ago. You might prefer to call it the ‘bleeding obvious common sense’ mindset.)

Karma is for real 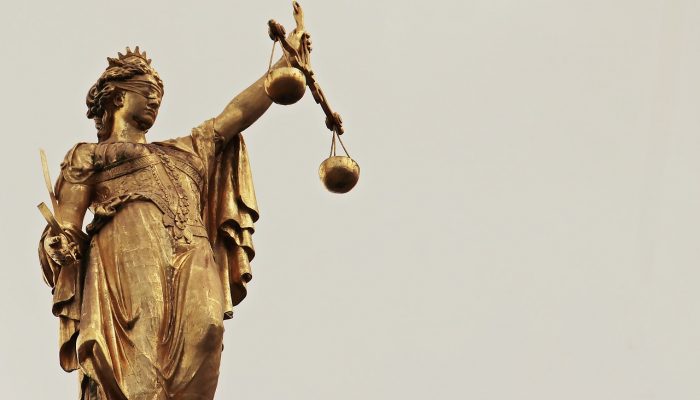 Admittedly, these things kind of suck. People don’t always get what they deserve. I’m sure you can think of a few glaring examples off the top of your head.

But that’s all we have to work with, folks! On average, over the course of an entire lifetime, we sort of vaguely shuffle in the general direction of getting what we deserve.

And so, I think karma is real: not as a magical force of nature, but in the completely mundane sense in which a billion decisions over the course of a lifetime will absolutely shape at least some of your fate.

The fact that karma sort-of-but-not-really exists ought to be:

a) vaguely reassuring (to those with a ‘victim’ mindset)

b) vaguely depressing (to those with a ‘control’ mindset)

c) kind of obvious (to those with a ‘stoic’ mindset)

For anyone in the first two categories, hopefully this post was useful or challenging in some way.

For those in the third category, maybe you got bored and clicked the x button already. I would be very happy if that were the case! Because it would mean I’m wrong about people mostly leaning towards the extremes.

Anyway. I know everyone loves Actionable Content, so there’s something more concrete coming in the next post.

We’ve established that you can make your own luck, up to a certain point. And that luck has something to do with ‘being prepared’ and then waiting for ‘opportunities’.

But that’s kind of vague. Stoicism really shines in providing mental and philosophical tools for dealing with misfortune, and taking a dignified stance towards an indifferent universe (the galaxy-brain level of fuck-you).

It doesn’t answer the more materialistic questions: how to strategically position yourself to benefit from ‘good luck’? What might a good opportunity look like? What sort of preparation should you do?

The best answer I know of involves the concept of optionality. This is something I’m really excited about (it’s the main subject of the book I’m writing) but I’ve only touched on it briefly here on the blog.

Read the follow-up to this post: The Optionality Approach to Getting Lucky

“If everything is ultimately determined by chance – your genes, environmental stimuli, the biochemistry of your brain, all of which follow a causal path tracing all the way back to the Big Bang – then no-one can truly take responsibility for their successes or failures.”

I don’t know about you, but I, for one, take credit for my genes, my environmental stimuli, the biochemistry of my brain, and the perfect reproductive success of each and every one of my ancestors going back to the primordial soup. Otherwise, the sheer improbability of my existence just doesn’t make any sense.

(but responsibility for the contents of my next meal, or certain other indiscretions, is just too much)

Hah, very good. God knows someone has to take responsibility for your improbable existence!

Well, ‘you’ are an expression of DNA, with stable and conserved sequences repeated going back to the primordial soup. Therefore all living matter is a super organism, whose voice can only be expressed and heard by humans.

DNA’s plan all along is build an artifice which can understand enough to build a self-replicating adaptable form which directs its own ‘evolution’ through gene editing and cross ‘species’ genetic modification.

Once DNA has achieved this, it will probably take a day of rest and watch the footy on telly.

The introduction is a classic Kiwi get rich story, which immediately makes me think of survivorship bias.

There were 500 white middle-class males who worked hard and took calculated risks on property – but your friend’s story is interesting because he became a millionaire. Awesome!
What happened to the other 499? They were successful or unsuccessful to some extent, but there’s no interest in that story. We don’t bother to discuss whether they were moderately successful due to luck or hard work. There’s no story at all.

Whether it’s luck or hard work, only the outliers are worth discussing.

Yes, you’re right. I think it makes sense to use an attention-grabbing story upfront, but it generalises to everyone, and our own modestly good or bad fortunes.