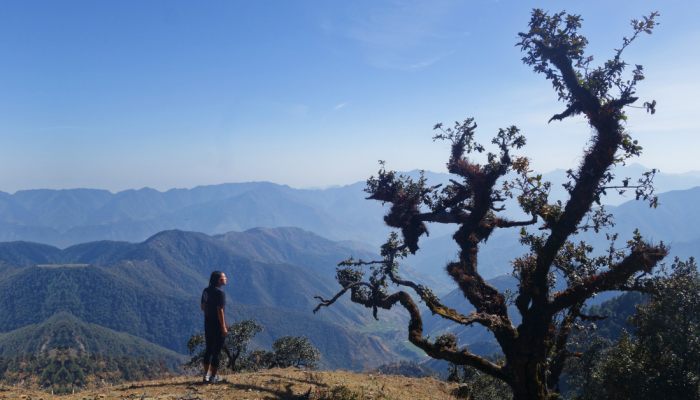 What do frugal people do for fun, besides dumpster-diving and counting their money over and over? Someone unfamiliar with the frugality movement might well wonder – what’s the point of having all that spare time, if you can’t actually spend any money doing fun stuff?

It would be hard to argue that taking a private jet to a Michelin starred-restaurant after 18 holes at Pebble Beach is anything less than a cracking good time – so I won’t. Instead, I’m going to make the more modest claim that free activities are generally more fun than their spendy cousins, and definitely much more rewarding than your typical hedonistic pursuits.

I feel like I have a fairly unusual vantage point in having experienced both sides of the divide. In my former life, I enjoyed a great deal of schmoozing. There were many long lunches at fine restaurants, champagne in business class served by the CEO of the airline, and corporate boxes at the sportsball. I’ve also spent weeks barely moving my carcass from a tropical island hammock except to skin up a joint or get another bottle of wine.

I would be lying if I denied that all of these things are brilliant fun. On the other hand, they don’t tend to lead to much lasting satisfaction, losing their flavour as quickly as an over-chewed piece of gum. After my sixth business class flight in a row, the whole thing was totally routine. The worst thing is that once you’ve adapted to a certain standard of living, it’s hard to go back – I was crushingly depressed when I had to start flying cattle class with my fellow proles again.

Good news! There’s a veritable buffet of free or cheap activities out there that are not only fun, but might even accidentally make you a better human being in the process.

The joy of creation

As a child I created macaroni art masterpieces, built treehouses and huts that would give an engineer a nervous breakdown, and composed endless variations of ‘Tortured Cats in C Major’ on the recorder.

The drive to create for its own sake slipped away as I became a self-conscious adult, which is a shame. Few things are as satisfying as bringing something into the world that didn’t exist before, no matter how amateurish.

Now I’m making up for lost time. I dabble in building ‘rustic’ furniture out of reclaimed wood, brewing extremely hit-and-miss beer, making music, and writing things for fun (like this blog). All of this is the metaphorical equivalent of a finger-painting child, covered in paint from head to toe, and having a tremendous time doing it.

Drawing and painting don’t cost much. Writing is as free as the birds. So is photography, once you’ve made the initial investment in a decent camera (I bought mine secondhand for ~US$300). Baking and cooking are only as much as the ingredients you buy, and you’ve got to eat anyway. Brewing your own spirits, wine and beer is much cheaper than buying it, heaps of fun, and a surefire way of making friends.

“I took a walk in the woods, and came out taller than the trees.”

I’m not a religious person, but it’s always in the great outdoors that I’ve had the closest thing to a spiritual experience. Sitting out the back of the surf between sets as the sun is rising and there’s nothing but you and the ocean. Laying in the sun at the park with a good book. Camping in the woods in the middle of nowhere, listening to the whisper of the wind and the trees and the insects.

So much serenity! Apparently, being out in nature is good for your health and soul in all sorts of interesting ways, including lower stress, better mental health and short-term memory, a stronger immune system, and even a longer lifespan.

Again, this is the sort of thing where you might need to make a small one-off investment – buying a surfboard, a tent, snorkeling gear, or whatever – with little in the way of ongoing costs, except maybe transport.

As a New Zealander I’ve been spoiled for most of my life, with amazing forests, mountains and beaches at my doorstep. I know lots of people won’t have these opportunities. But wherever I’ve gone in the world, there’s always some sort of greenery, a park, or somewhere you can at least feel the wind in your hair and watch the sunset.

“Any man will go considerably out of his way to pick up a silver dollar, but here are golden words which the wisest men of antiquity have uttered, and whose worth the wise of every succeeding age have assured us of.”

I love books like fat kids love cake. You can borrow them for free from the public library, they’re endlessly entertaining, and they make you smarter at the same time. Having unlimited access to the entire wealth of human knowledge and experience is so amazing that it feels like there should be some sort of catch (if you feel the same way, take the 100 book challenge with me!)

In the last couple of years, I’ve finally caught up on the whole podcast thing. Like books, they’re free, and cover any subject you could possibly imagine. Unlike books, you can listen to them when you’re doing boring stuff like driving, or doing groceries. Earlier today I was buying toilet paper at the store while learning about black holes and the multiverse. What is life? Check out my top picks here, and let me know your recommendations.

Some people prefer visual learning. YouTube has tutorials and lectures for every topic under the sun, not to mention loads of free entertainment. There’s 300 hours of fresh content uploaded every single minute, and not all of it is teen vlog confessionals and handicam cat videos. There’s plenty of stuff with surprisingly professional production values – as I mentioned in this post, I’m currently hooked on the lectures of a Canadian psychologist called Jordan Peterson, who uploads all his University of Toronto classes for free.

“When I became a man I put away childish things – like the fear of childishness, and the desire to be very grown up.”

Getting together to play board games with a mob of friends is my idea of a great night out. If that’s too nerdy, maybe you could set up a poker night instead. I can’t play videogames any more because they’re too addictive, but they’re surprisingly good value for money if you deliberately linger a year or two behind the latest releases.

I’m also a fan of playing music. Besides the feeling of accomplishment that comes with nailing a tricky piece, it gives your mind such a good workout that it literally changes the structure of your brain.

Secondhand instruments can be picked up for next to nothing, and thanks to the Internet, you can get to a decent skill level on a simple instrument with no paid lessons whatsoever.

I’m putting sex in the ‘play’ category too. Boning is another one of those too-good-to-be-true miracles of existence. It’s pretty much the single greatest activity on Earth, has all sorts of amazing health benefits, and doesn’t cost a cent.

“It is a shame for a man to grow old without seeing the beauty and strength of which his body is capable.”

I’m a recent convert to calisthenics, which requires nothing but your own bodyweight, and is awesome for health and body composition. Once you start playing around with this sort of stuff, the whole world starts to look like a gymnasium…

Personally I hate most forms of cardio, but some weird masochists seem to enjoy running, which is obviously free. So is swimming, if you’re near the ocean or a public pool. I do like to cycle everywhere as much as possible, mostly because it’s so satisfying boosting past the traffic jam of people trapped in their smelly cars.

“It is only a slight exaggeration to say that happiness is the experience of spending time with people you love and who love you.”

Imagine baking muffins and icing them beautifully, then methodically eating your way through the entire tray until you’re bloated and miserable. Playing endless games of Solitaire, alone in your room. Reading a book that has you exploding with excitement, and having no-one to discuss it with afterwards.

All of the activities mentioned in this post are greatly improved by the addition of other people. Hanging out with friends and family costs nothing, and might be the best possible use of your recreation time. The research shows that time spent with loved ones is one of the best indicators of long-term happiness, which makes community the most important category of all. It’s a cliché, but you really can’t buy friendship, or family, or love.

The best things in life are free – or at the very least, dirt-cheap. Any more activities to add to the list? Leave a comment below, or send me an email. 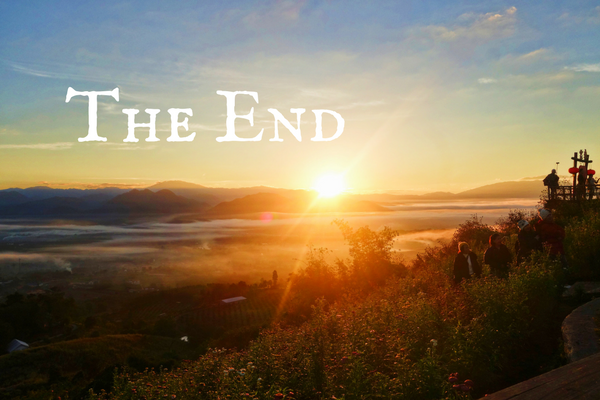 I am new to your blog and must say not only is it brilliant and thought-provoking but dude, you are hilarious! I am having a Deep Dish marathon this weekend and intend to read as many posts as I possibly can. I am definitely getting rid of my television, that piece of crap has been bogging me down far too long. A million thank you-s for this fascinating piece of work. I hope you continue this blog for a very long time.

Hey Theresa – I’m blushing to my roots! So thrilled that you’re enjoying the blog. Don’t worry – this is my main outlet for indulging my warped sense of humor and general ranting and raving, and I have no plans of stopping any time soon

Like this article Richard! Hope you are well and enjoying the adventure 🙂

Thanks Alanna – you too!

Many galleries and museums are free (big cities mainly I guess). Walking in a great surrounds is always great for my soul!

That’s a great addition to the list, thanks Jacqui!

“…being out in nature is good for your health and soul in all sorts of interesting ways, including lower stress, better mental health and short-term memory, a stronger immune system, and even a longer lifespan”

Read it out to the whanau, the comment came from the gallery “Phwiff. Clearly, he’s just a shill for ‘big nature'”. 🙂

I am fortunate to live in Rotorua. Having two kids under 6 and a wife who (like me) works full time, I have less time than I’d like to go mountain tain biking in our world class and free trails, but as the kids get older I an able to do it more. It truly is my happy place and makes the ‘nature’ aspect of this article so relatable.

Awesome mate. So many great adventure and outdoor spots in Rotorua! I need to come back for a visit next time I’m in kiwi land.

Excellent text.
We usually spend a lot of time and money to buy stuff that doesn’t bring happiness or joy. Great roll of happy activities!

Thanks Willy, glad you enjoyed it.

I definitely agree with the Daniel Kahneman quote. If I’m with people I love, especially people I haven’t seen in awhile, I’m generally having a great time. Throw in nature, and it’s pretty much a slam dunk. I agree–every time I’m out in the woods I think the same thing, “I should do this more!” And then, when winter comes, I tend to hole up like a bear. But yes, I agree with you. My very favorite things in life don’t really cost much money. Reading, running, hiking, dinner with friends and family, laughing at funny stories. 🙂

Hey Laurie, same – that’s why I haven’t had a winter in three years!