I’m on my way home to New Zealand for a visit, which seems like a good point to reflect on life lessons learned over the last couple of years! This essay was first published by Fairfax Media/Stuff, and is republished on the blog with permission. 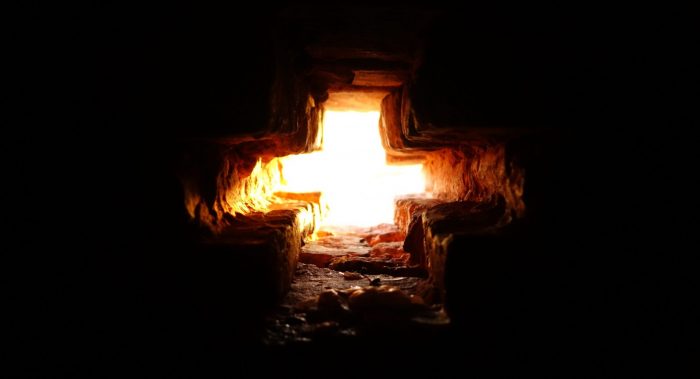 The morning sunlight trickles in the window and creeps across my pillow. I blink the sleep from my eyes, then sit bolt upright and scramble for my phone: 7am. Shit. I’ve missed my flight, but I have to get to Malaysia tonight.

I can’t get a replacement ticket without selling my firstborn child. I fly to a border town instead, but the last bus just left. The airport WiFi isn’t working  – an immutable law of the universe – so I have to try and wing it with one of those old-timey maps made out of dead trees. It’s one Hail Mary after another: Over 16 hours, I take two taxis, a crowded minivan, two planes, a train, a ferry, a motorbike, and do plenty of walking, often in circles. I’m pulled aside at the border for questioning. An ancient vending machine swallows my last banknote. It’s think-on-your-feet, sprint to catch the last train stuff; an accidental one-man homage to the Amazing Race.

With exactly one sen (0.3c) to my name, I trudge the final stretch to my lodgings. It’s 11pm, and everything that could go wrong, has gone wrong. I’m soaked in sweat, desperate for the loo, starving, and absolutely knackered.

And I wouldn’t have it any other way.

There’s a running joke in Calvin and Hobbes where the dad always explains away the minor hardships Calvin endures – diarrhea, numb toes, camping – as ‘character-building’. This is one of those pieces of hokey dad wisdom that’s all the more infuriating for probably being true. When I left New Zealand 21 months ago, a day like this would have been beyond me – I’d still be sitting in the airport toilets right now, hyperventilating into a paper bag.

While I was aware long term solo travel would be a challenge, I wasn’t trying to toughen myself up. I just felt like I was getting stale at home, and wanted to see the big wide world. I dreamed of hopping between exotic beaches and temples and cities, with not a care in the world. Of course, nothing’s ever as easy as that.

Travel presents a never-ending stream of problems to be solved. Which one of God’s creatures is staring up at me from my bowl, and what’s that wobbly pink thing? What’s the correct etiquette for relieving oneself without getting thrown off a night bus? How am I going to find my way home, with no GPS or money, at night, in the middle of a strange city?

Every time I figure something out on my own, I get a little rush of dopamine. This is the defiant sense of pride in solving problems – no matter how trivial – that the Internet calls ‘adulting’. Usually it’s banal, like having to navigate with an actual map, or sorting out banking stuff from overseas. Other times it’s more exciting, like figuring out how to boost drunk people over a 2m wall in Myanmar while a pack of baying dogs advances up the street, or fixing broken footwear with medical tape in the middle of a 150km hike across the Himalayas. Travel throws you into situations which force you to be creative and resourceful and figure things out on your own, because there’s no-one there to hold your hand.

With that being said, I’ve started to accept that some problems are beyond my control. No-one tells you how much of travel is just sitting around trying not to tear your hair out, often with absolutely no idea of what’s going on. The 9.30 bus will inevitably meander into the station at midday, and the tropical storm will roll in on the very morning of your dive course.

The easiest way to spot a seasoned traveler is to see whether they bend with the winds of fortune, or snap in half. During a 13 hour minivan ride from Cambodia to Thailand, our transfer at the border didn’t show up. There was nothing to do but sit and wait at the depot until another another van arrived, but one fed-up young foreigner decided to start screaming and swearing at the staff. While this is obnoxious behaviour everywhere, it happens to be unspeakably rude in Thai culture. I don’t think the guy realised his incredible good fortune; if he’d thrown the tantrum anywhere less public, he would have ended his holiday in the intensive care unit.

Situations like these call for stoicism – to focus only on the things you can control, and face everything else with serenity and good humor, which is the only dignified response to the terrifying randomness of the universe. While I’m hardly a Zen master, traveling has certainly given me lots of opportunities to practice.

When times do get tough, it’s never hard to put things in perspective. Unlike back home, most people in the world don’t have luxuries like clean water, electricity, education and healthcare. While everyone is vaguely aware of this, it’s scarily easy to turn people in foreign lands into faceless abstractions, reducing their short and miserable lives to a few lines in the back section of the paper.

It’s a bit different when you’re walking through the slums and rubble, past the wasted flesh and deformed babies, assaulted by the ever-present stench of trash and open toilets. While I used to be an avid follower of politics back home, debates about free tertiary education or house prices start to become unrelatable, like muffled discussions filtering through from an alternate dimension.

Just as a fish has no concept of water, I couldn’t comprehend what an insanely prosperous little bubble I lived in without seeing it from the outside. Distance is a necessary ingredient for recognising how good we have it, but it also offers a new perspective of some our less savoury customs.

The average house in the West contains something like 300,000 items. It turns out that most people in the world get by just fine with less, by at least two orders of magnitude. These days I’m forced to be mindful of everything I own, because I’m literally carrying it around on my back. Travel is a unique opportunity to figure out what physical ‘stuff’ is actually important, and the results might surprise you: I found it enormously liberating to purge all my possessions, and haven’t looked back since.

‘Travel broadens the mind’ is the sort of thing said by people who come home with beads in their underarm hair and a Sanskrit tattoo that translates to ‘cashew chicken tikka’, but I think there might be something to it. It’s not the travel itself, but the constant stream of ambiguity your brain is exposed to. The usual meanings attached to actions and objects don’t always map onto these strange new territories: Ruffling someone’s hair in Cambodia isn’t an affectionate gesture, it’s extremely insulting, while eating with my fingers in India is completely normal, but the same behaviour at the dinner table back home would not impress my mum.

It’s a constant reminder that there are different ways of doing and thinking about things, and of how much of what we ‘know’ is really just the status quo in our particular corner of the world. This sort of mental flexibility helps to break through calcified thought patterns and fire up new ones, which is the key to improving creativity and critical thinking.

Despite all these surface differences, people are the same everywhere you go. They’re driven by all the usual urges; from base fear and anger right through to the most awe-inspiring generosity and love. I can’t begin to count the times total strangers have strengthened my faith in a common humanity: Chasing me down to return dropped money, inviting me to family dinner, driving me to hospital through waist-deep floodwaters. When you stop seeing people as some ‘other’ alien species, I reckon you can relate to just about anyone.

Mark Twain wrote that “broad, wholesome, charitable views of men and things cannot be acquired by vegetating in one little corner of the earth all one’s lifetime”. I can’t help but cringe at declarations that everyone should travel, which assumes both the physical and financial means to do so, and that it bestows some sort of special enlightenment. With that being said, travel has taught me lessons I will carry with me for life. When I finally return to my own little corner of the earth, I know I’ll be more independent and resilient. I hope I’ll be a little more empathetic and open-minded. Who knows? Maybe I’ll even be a tiny bit less vegetative too. 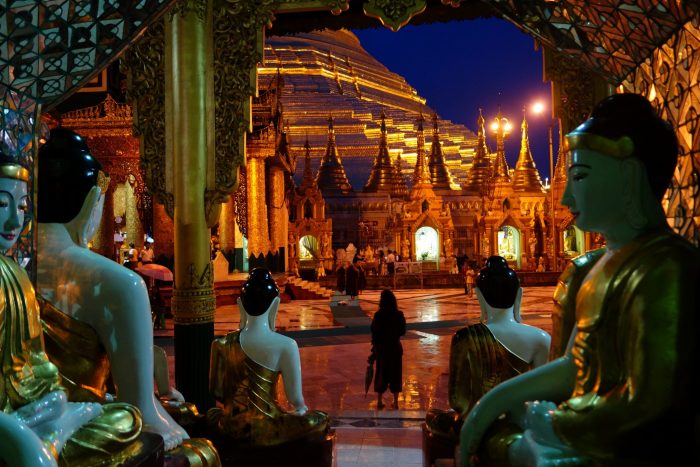 Thanks for sharing this. I am from India. As a travel freak, i can say the lessons you will get when you are on the road nobody will teach you this. Travel is fatal to prejudice, bigotry, and narrow mindedness., and many of our people need it sorely on these accounts. Next year I definitely want to explore Albany.
People often have a theme that they base their worldly travels on, but how about a mental mantra for your travel? Out of a cheerleading event that consisted of our family shouting supportive words at our daughter who was attempting to kill a rather monstrous spider that the rest of us were too chicken to get close to, came this great quote, “If you don’t think, and you just do….then it’s done!”

This quote came back to haunt me when on vacation in Seattle. I thought it would be a great idea to take the kids on the Seattle Great Wheel, the ferris wheel overlooking the ocean, but as we approached it, I realized how high it went and immediately panicked! Just as I had decided to put the kids on it on their own, my daughter says, “Come on dad…If you don’t think, and you just do….then it’s done!” What could I do at that point?! She was telling me to stop thinking and creating more fear about the situation and just get on the thing!
“If you don’t think, and you just do, then it’s done!” We all now keep this quote in our back pocket, ready to whip out at any time to push one of us forward into an adventure we know they won’t regret. No hesitations, don’t allow any time for fear to set in, and be prepared for your kids to turn your life advice back on you!

Hey Biplap, thanks for the comment. India is probably my favorite country, in part because it is so confusing and ambiguous and diverse that it forces your mind wide open. I love the mantra! Very cool that it happened organically, and has now become a part of the family lore. If I have kids, I will be very wary of giving them any sage advice that they might later use against me

Great post! Always entertaining and yet so true! Loved the article, thanks for sharing.

Thanks Carol, really glad you enjoyed it.

Another great read mate! Welcome home when you get here..I may pass you at the airport terminal, Im off with my one way ticket shortly…and Im bricking myself!!

Haha, awesome mate. Don’t worry, you’ll love it! (took me about five days to relax into it).