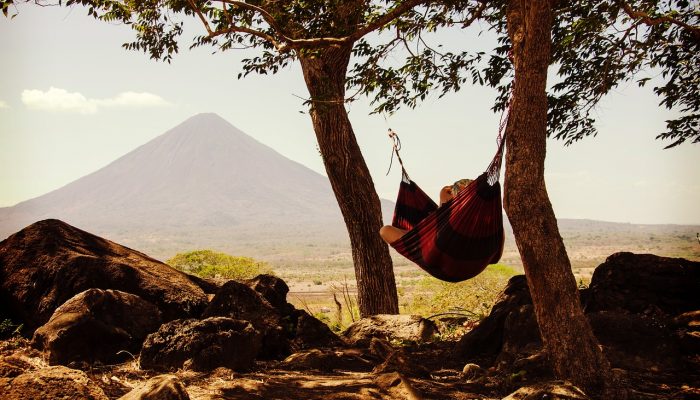 This is the second post in the Constraints That Liberate series, which is about deliberately pruning low-level choices to generate a better set of options in life. It might be helpful (although not necessary) to read the introduction first.

You’re strolling through the countryside, in a sun-dappled meadow of wildflowers. All of a sudden, you come across a big ugly fence cutting right through the middle of the field. There are no livestock in sight, and the fence is getting in the way of your walk. The scenery would look so much better fence-free, so you boldly tear it down.

This is the parable of Chesterton’s fence, after the writer and critic G.K. Chesterton. It’s something I’ve been thinking about a lot lately, as I’ve started to circle back to the boring old institutions I’d previously written off as stupid and pointless.

When I quit my job to go traveling in 2016, I had a vague romantic notion of freelancing on the road. See ya later, corporate drones! No more sterile office cubicles for this guy! Instead, I’d tap away on my laptop while I sipped mimosas at the beach, or dash out genius missives from a hammock in the middle of the jungle.

As it turns out, hammocks are not ergonomically designed workspaces, direct sunlight on a laptop screen causes hellish glare, and sand and electronics don’t play nicely together. 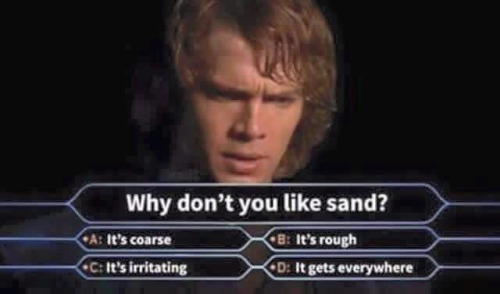 Lately, I’ve been buying memberships to shared office spaces. Nobody is forcing me to do this. I am dutifully sitting down at a desk, and paying handsomely for the privilege of doing so. Why? Because as much as offices can suck, they have been honed over centuries into a half-decent environment for actually getting shit done.1

Then I decided I needed a bit more structure in my productive hours, so I drew up a schedule and played around with some options. What it ended up looking like is working in the morning, then doing fun stuff in the evening. You know, kind of like one of those old-fashioned ‘nine to five’ things.

As I (re)discovered, it’s better to clearly delineate your leisure time from your work time, so they’re not bleeding into each other, and you don’t get tempted by low-reward distractions. It’s almost as if you should have some kind of dedicated block of recreation at the end of the week. Let’s call it… a ‘week end’.

I don’t know if it’s universally true that you need a dedicated workspace and fixed routine to be effective in the world. But it’s true for me, and for many others. Here’s Steven Pressfield, in The War of Art:

When I lived in the back of my Chevy van, I had to dig my typewriter out from beneath layers of tire tools, dirty laundry, and moldering paperbacks. My truck was a nest, a hive, a hellhole on wheels whose sleeping surface I had to clear each night just to carve out a foxhole to snooze in.

The professional cannot live like that. He is on a mission. He will not tolerate disorder. He eliminates chaos from his world in order to banish it from his mind. He wants the carpet vacuumed and the threshold swept, so the Muse may enter and not soil her gown.

It reminds me of the theory around tidying up: your mind is at least partly an extension of your physical environment. If you’re sitting on the couch at home, your attention is jumping all over the place. There’s a fridge to browse (in case any delicious snacks have magically appeared since you checked five minutes ago) and a TV to watch, and a guitar leaning in the corner, and laundry to do, and all sorts of enticing distractions. As for trying to get anything done at a thronging beach, or a hostel lounge, good luck with that.

So. It turns out that offices and nine-to-fives probably exist for a good reason. But while Chesterton’s fence is a useful mental model, it’s not a catch-all argument for supporting long-standing institutions or cultural practices.

The lumpy clay of human civilization has generations of distilled wisdom baked into it; also, a lot of deeply-ingrained stupidity. All Chesterton was saying is that before you tear something down, you better make sure you know why it was put there in the first place.

I feel like my twenties have been a continuous process of tearing down fences, getting trampled by bulls, then sheepishly putting them back up again. But at least I’m rebuilding them to my own specifications.

This is one of the main themes I’m hoping to convey in this series: having rules and constraints imposed upon you sucks. But deliberately imposing them on yourself is a fundamentally different quality of experience.

In the case of office work, I don’t have a boss, or any firm obligations. Two weeks of vacation is a bad joke. I can still blow everything off to go hang out with friends at a moment’s notice, if I feel like it. But most of the time, it’s good to have limits.

It’s only by deliberately pruning certain pathways that you can open up your options along more important dimensions. And that’s what I want to dig into, across a few different domains.

Tune in at some point in the future for the third post in the series, Same Salad, Different Day: on nutrition, mental bandwidth, and strategic laziness.

Just a few months away from pulling the trigger on some kind of independent lifestyle and this was good to read because also I know this will come creeping in.
I’ve pulled down fences the last 5 years, and went a year without doing structured “work”. Didn’t take long before I was sitting in Tokyo looking at Craigslist for under the table gigs found myself reading an ad “young athletic guys wanted for me to smell your feet” accompanied by a photo of an old man having his head pushed down on a dirty looking gym socked foot. I thought wow this is what my life has become without fences -rules and moral codes melt right away in absence of structure in time and space and this is compounded by alien lands and alien people and language.
This time I’m making contingent plans so I will be accountable in calendar time I think it will help.

There’s a chance the following excerpt will alienate some people: “having rules and constraints imposed upon you sucks. But deliberately imposing them on yourself is a fundamentally different quality of experience.”

I think there’s a way of articulating this still gets to the fundamental truth, but it more universally applicable.

Something to the following effect: coming to terms – and embracing – the rules and constraints imposed on us can be a form of freedom as well.

I’m thinking of people who, for any one of a million reasons, need to work a conventional 9-to-5 existence. Or people looking after loved ones (eg children looking after parents with dementia, or parents of children born with special needs). Or people with health issues or similar they need to manage.

I’m reminded of the phrase amor fati, or love of one’s fate. In my mind it’s also the difference between a buddha and a bodhisattva – whereas a buddha attains enlightenment and loses connection with the world, the bodhisattva gets to a similar state but chooses to participate willingly in the sorrows of the world. (I’ve probably got the concepts completely wrong, but it’s a distinction that works for me!)

Thanks Sonnie. I think I’ve touched on this in Fuck-You Money Part II, but it probably deserves a post of its own at some point. I agree there are always going to be all sorts of life circumstances beyond our control, at which point it’s time to dust off the Stoic/Buddhist philosophy. It might even be the most important skill to master, given how little influence we have over most of life. But it doesn’t preclude taking steps to actively design your life in the manner of your choosing.

I always come back to the good ole’ serenity prayer: “God grant me the serenity to accept the things I cannot change, the courage to change the things I can, and the wisdom to know the difference.”

haha I laughed so hard at the mention of the fridge browsing for snacks to magically appear even though I know I checked five minutes ago, *sooooo me. Definitely agree that we sometimes need that office space to get stuff done. Have that discipline in place to keep us intact. I’ve been slacking myself, from reading and writing because of crazy work loads. But deep down you just know, you have to get stuff going. Another good post Richard, thank you! keep up the good work!

Thanks Rez, appreciate the comment. All the best with getting after it!

Hey Bro,
Get “Every tool’s a hammer: life is what you make it.” By Adam Savage – the dude from mythbusters. A fair bit relevant to this series of posts, + Fascinating to read. Pretty sure you can get it on kindle as well as hardcopy.

Thanks man, this looks good. It’s going on my list.