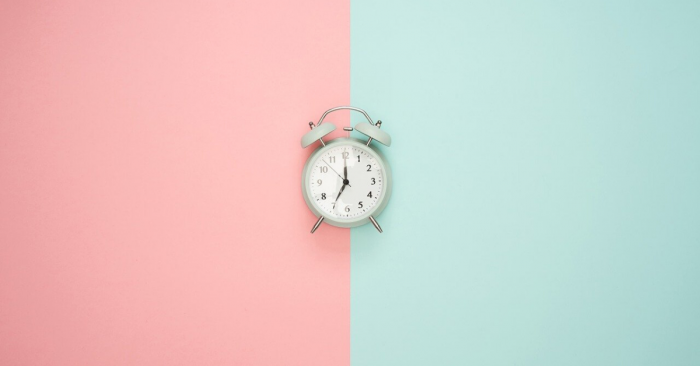 I start the day by performing an ancient Pranayama breathing exercise given to me by my guru, Kevin. Then it’s time to head to the tennis courts to practice my forehands. I can do 1000 now. Afterwards I hit the showers for three minutes, switching to cold water for the final 30 seconds to tighten my pores, then apply a volcanic clay face mask (made with real ash from Pompeii) and repeat my affirmations in the mirror. When I get home, I hang upside down in my gravity boots to increase blood flow to the brain while I write my morning pages. At 7am, it’s breakfast time. I make a smoothie out of four organic blueberries, wheat milk, and sunlight. Now I’ve won the morning, and I’m ready to #crush the day.

An immutable law of the Internet: it’s impossible to write a LinkedIn morning routine parody so ridiculous that it couldn’t be mistaken for the real thing.

This genre of hustle-porn sucks, but not because the hustlers are wrong. I’m annoyed because they’re right—at least, in theory—but they spray so much fluorescent orange Cheez over everything that any sensible person is immediately repulsed. This is a problem. If we dismiss the ‘morning routine’ trope as the performative humblebragging of grifters and Silicon Valley narcissists, we’re throwing the baby out with the essential oil-infused bathwater.

Lately I’ve been learning about circadian rhythms. My vague memory from high school biology is that this has something to do with the ‘body clock’, but as it turns out, we have 37 trillion clocks; one in each and every cell. These mechanisms trigger growth, enzyme production, DNA repair, cell death, and other things that sound important. When your body’s internal clockwork is all junked up, bad things happen.

Most people know that sleep habits are important: working night shifts was classified as “probably carcinogenic” back in 2007. But it’s true of all sorts of other things, too. Here’s a non-exhaustive list of stimuli and behaviours which have an important timing component:

That’s 15 variables, each of which has some optimal rhythm throughout the day, or an optimal timing in relation to the other variables, or both. As you might imagine, this makes it really frickin’ hard to get them all lined up without clashes.

Take the simple act of drinking a cup of black coffee. If you do it too early, it interferes with cortisol production. If you do it too late, it messes up your sleep. If you’re interested in fasting, well—which kind? The metabolites from coffee alone will kick you out of a circadian fast, but won’t make any difference to a fast for fat loss purposes, and might even help with an autophagy-focused fast.

This is my attempt to reconcile the recommended timing for all of these factors and lay them out with as few conflicts as possible, while ignoring the woo: no almonds were activated in the making of this post.

What would the perfect daily routine look like, as determined by ScienceTM?

ScienceTM is kind of a hot mess. It has let me down before; it will no doubt do so again. I’m drawing mostly from Satchidananda Panda, Rhonda Patrick, and Stephan Guyenet, all of whom have PhDs in their respective fields, and the pop-science writer Daniel Pink. I haven’t read any original research from these folks or anyone else; only their popular books, podcasts, interviews, etc. And I’m not 100 per cent confident I’ve applied their findings perfectly. So take this with a big old pinch of salt.

Chronobiology changes as we age, and this cookie-cutter template doesn’t take into account other individual differences and preferences. That means it’s guaranteed to be less-than-optimal for you, but hopefully the broad strokes are pretty much right.

There are supposedly two main chronotypes (early birds, and night owl).1 I’ve designed this template for early birds, because that’s what I aspirationally identify as. I’m not sure how it would all fit together for the night owls; if anyone wants to try, please post it in the comments.

This template is designed to give you 8 hours of quality sleep, a 12 hour circadian feeding window, and a 16 hour fast, among other things. I’m pretty sure that these factors are important, but I’m not going to even try to justify them here. I am working on a gigantic FAQ on fasting, but it’s not ready yet so feel free to ignore this stuff for now.

As regular readers will know, I think perfectionism is a mental illness. There’s no escape from the cycle of endlessly ratcheting ambition, except to settle for good enough at the earliest opportunity. So why write this post?

First, it was an interesting puzzle and I couldn’t find any serious attempt to solve it. Second, while the bar for ‘good enough’ is set good and low, radical self-acceptance is also stupid: after four months of lockdown, my habits and routines are all over the map, and I want to return some semblance of order.

I have no intention of following this exact template like clockwork; not only because I would bomb out on day one, but because it would be weird: ‘It’s 9pm honey, the calendar says it’s time to get freaky!’ Life’s high points are not scheduled. There’s a lot to be said for all-nighters and serendipity and throwing caution to the winds. But the reliably dull-but-worthy middle points are scheduled, which is why I want to approximate something like this.

One thing I’m sure of is that modernity is totally out of whack with our biology. Meetings are scheduled in the morning, when they’re most devastating to productivity. Teenagers have later circadian cycles, but they’re forced to get up early for school, crippling their ability to actually concentrate. Most people don’t get anywhere near enough natural light in the mornings, and then far too much artificial light in the evenings. Hyper-palatable food is available around the clock. Sleep deprivation is endemic. Half the developed world is Vitamin D deficient.

This fucks us up in all sorts of fantastic ways that only seem ‘normal’ because everyone else is in the same position. Sure, the CEO-supermom-fitness-model types are overcompensating, but at least they understand this fundamental point: the status quo sucks, and anyone who doesn’t realise this might accurately be described as a sucker.

To the extent that you can actually do something about this, it seems like a useful exercise. What would your ‘perfect daily routine’ look like? It’s not like it has to be worthy of a LinkedIn brag. As is so often the case, merely moving in the direction of not-sucking is a success unexpected in common hours.

Nice one! Welcome aboard.

For night owls, perhaps the same routine is an idea just push all the times 3-4 hours later? I have found from self-experimenting that I go to sleep at 2:20am and wake up between 9:20-11:20, then I just do a normal day as above but shifted slightly? Are there any other night owls who have more of a science for us?

I guess that would work pretty well. Most of the times are relative to one another, rather than absolute. Let me know if you try it.

today’s archaeologists seem hellbent on making discoveries at any cost, leaving nothing for future generations

this is great, you’re always great, am going to experiment w/ your suggestions come next week.
In the Army so I’m fortunate enough to have a consistent enough schedule to follow this through with good enough success!

gonna try this line and see what happens, will report back

These people are having a crack at the puzzle. My own experience with them was fairly poor, and I don’t think they’re as far down the track as they say they are, but they do have something interesting going on there. In summary: six phenotypes, each with their own body shape (right down to things like gut length), optimal sleep timing and length, food timing and type (raw, cooked, meat, vegetarian etc etc), and exercise timing and type. The six are arranged in a circle with 60 sub-types each, so you may be type x leaning towards type y or type w etc. It all seems to be run off physical measurements. It looks a lot like what you’ve laid out in this post, only more detailed and, they say, personalised. My own experience with them didn’t really back this up – OK it totally undermined it – but the material was interesting enough that I’d like to see where they get to in a few years after more research and more experience with clients.

I think personalised medicine is going to be huge—there’s so much individual variation in how people respond to various diets/interventions, and we’re finally starting to get the data that might help us figure out what works without doing a ridiculous amount of trial and error. So I’m simultaneously really excited about this kind of thing, while also being massively skeptical—the fact that these folks do ‘detoxes’ immediately sends up a red flag for me, for example, as does the idea of dividing people up into x number of phenotypes. It sucks that your experience wasn’t great, but I am also watching this field with great interest.

I see no reason why there shouldn’t be broad categories – but it’s all a bit neat and tidy here, which raises flags with me. And I see they have quite an emphasis on weight loss, which wasn’t apparent through the path I came to them on – via a doctor working towards personalised medicine, Cindy de Villiers at Health Function. I’m having a lot of fun exploring this area with her, though it’s hella expensive. If we’re going to get anywhere with this on a bigger scale that has to change. I’m not in favour of fantastic health being only for the elites.

Totally agree. The inflection point I’m looking for is the confluence of three things: centralised medical records (it’s insane that every provider I access is totally walled off from the others), near-ubiquitous genome analysis (e.g. massive SNP association studies) and better tracking of biometric markers (e.g. continuous glucose monitors). None of which is all that hard or even particularly expensive, but does raise gigantic privacy and security concerns.

There’s a coordination problem here where every individual is incentivised to keep their information siloed (for very good reason!), even though it would be in everyone’s collective interests to pool together and run some algorithms to find out what the heck is going on. So my guess is personalised medicine won’t fulfill its true promise until we figure out how to clear that hurdle.

Edit to add: before that happens there’s still going to be some upside in working with a professional who can analyse your n=1 data, run blood tests, diagnostics etc, but as you point out, only available to the rich.

I wonder if Estonia has been doing any thinking around this intersection of peoples’ collective data and privacy/security. I bet they have.

Shared with a couple friends. Nice to find a more balanced or realistic account of this sorts of things – like you said, not throwing the baby out with the bathwater.

Cheers Zach. Yeah, I think the circadian stuff is underrated—I’ve been following fitness/health stuff for years and only cottoned on to it fairly recently.

editor: “Make it a big one so you’re tempted to snack into the night”

This is a really good write-up! Thanks for writing it.

Thanks Michael, glad you enjoyed it.

Agreed. I like how you are “normal”, showing that you can be successful without this craziness about grinding all the time. Cheers to you. I always enjoy reading everything you write