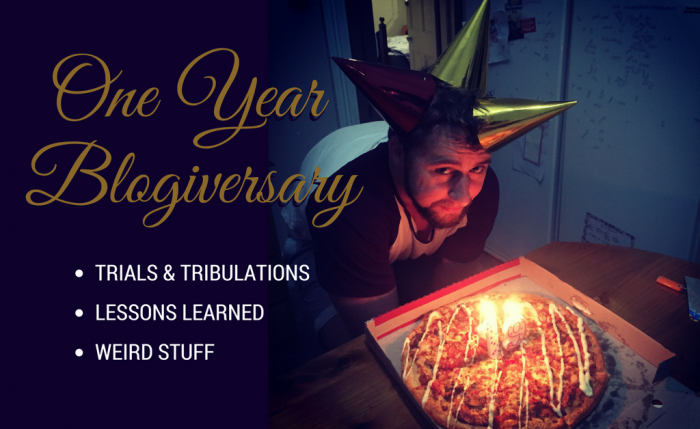 One year ago today – with trembling fingers – I hit ‘publish’ on my first ever blog post. A squalling infant entered the world, confused and alone in a strange land. It was ugly, weird, and coated in blood and slime. I named it ‘Deep Dish’.

I’m a proud parent these days, and it’s been a rewarding year. But this little brat has also kept me awake for plenty of long nights. To mark the blog’s first birthday, I thought I’d give you a look behind the scenes, as well as a sense of where things are heading from here.

Considering my glacial publication rate (it takes approximately three billion years to write each post) this sort of response is huge. It’s more than I could have hoped for, so thanks to every single one of you for making it possible.

Let me tell you, this blogging thing is a completely different kettle of fish to the journalism game. Now that the early findings from the experiment are in, here’s what I’ve learned:

The dream is that you chisel out some golden words and then wait for your wisdom to be trumpeted across the land, like Moses coming down the mountain.

The reality is that there’s a ton of work involved in keeping a website running smoothly, laying out each post nicely, creating interesting images, and then publicising it all so someone actually reads the thing. I never had to worry about any of this before.

All of this means I only manage one or two articles a month (three if I’m on fire). I have literally no idea how people crank out multiple blog posts every day. Do they have a catheter and IV drip installed so they never have to leave the computer? Am I just lazy?

CSS, HTML, PHP, SEO, WTF. Mostly that last one. I’ve broken this website about six different times. If it weren’t for my techy friends and my kid sister (who is annoyingly good at everything) I’d still be curled up in the foetal position as the human embodiment of a 404 error. I also gotta give a shout out to my hosting provider Siteground, who have dealt with my panicked requests for support with saint-like patience.

You need a thick skin as a journalist, because you’re literally writing shit that powerful people don’t want you to write (in between Top 10 listicles and social media scandals, of course). Still, sharing my private life with the entire Internet means I’m basically doxxing myself, which seems like a not-smart idea. Every time I’m about to publish something, I get the Fear. Every time, the reaction is nowhere near as bad as whatever I imagined. Like Mark Twain, I have known a great many troubles, but most of them never happened.

I owe a lot to people who had the guts to strip down to their own financial underwear in public, which is why I’m paying it forward. However, I’m not a natural exhibitionist. Being a one-man publisher means not only getting your kit off, but  ‘driving engagement’ with your ‘content’. It’s all about getting eyeballs on your stuff. 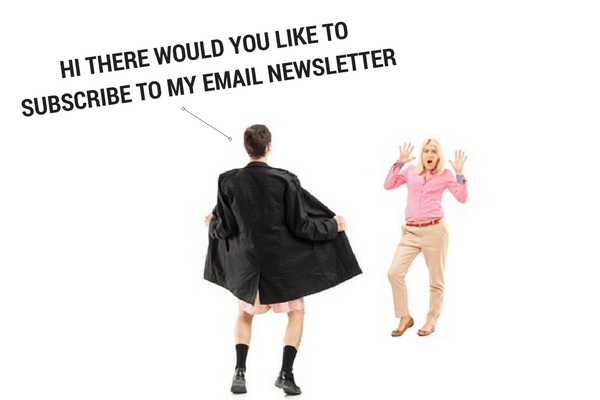 I struggle to get excited about marketing, because all I really want to do is keep making cool shit that I find entertaining. With that being said, I’ve been posting more on Facebook lately, and am starting to have a bit of fun with it. Please go like my page and share posts and all that jazz, and save me from having to step up my own embarrassing half-assed attempts at self-promotion.

Remember the Barbell Strategy? Anything that’s ideas-based and scalable (music, books, business) creates monstrous inequalities. A tiny handful of people capture almost all the rewards, and everyone else gets nothing. Now I can add blog posts to the list too: 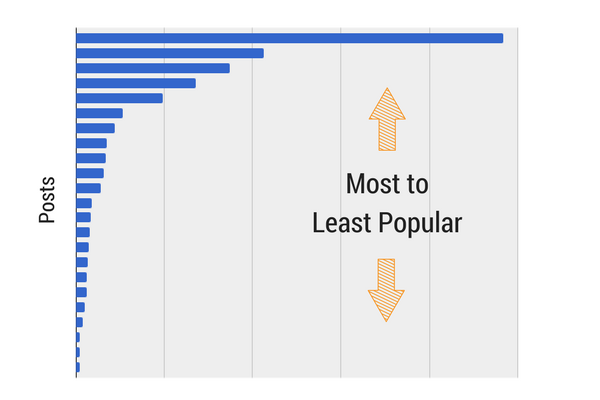 The big spike at the top is the infamous pizza diet, from which Deep Dish gets its name. There are a few other articles that have done pretty well, then a long tail of posts that have fewer hits combined than than the pizza post got all by itself. Even though these amount to rounding errors, they include some of my favourite posts, where I’ve spent 20+ hours obsessing over every sentence and image. This is vaguely depressing, but them’s the breaks. I don’t want to start down the slippery slope of trying to manufacture virality, although… Pizza Diet 2, anyone?

The growth in traffic is cool, but it does mean my bills (hosting, mail services, copy editing, images) are going to move into four figures this year. I’d really prefer not to have to stink the joint up with ads, if at all possible. There are several free ways you can help a brother out and recoup some of those costs (the main one being that if you need to buy something on Amazon, click this link beforehand). Whatever happens, there’s no way I’m going to run paid advertorial or other such gross stuff (so you can stop asking, marketing folks).

Turns out it’s a really dumb idea to write a blog that spans several topics. Apparently you’re meant to find your niche, and then absolutely dominate coverage of the tonal variance of Peruvian nostril-flutes or whatever. The thing is, I’m only motivated to write about things that really tickle me, so I don’t want to pander to any particular demographic. Also, I promise that the subjects I’m writing about really are part of a broader gestalt, even if it’s not immediately obvious (maybe I should write a manifesto-type thing to explain this).

I totally get that some people are only interested in specific topics. If you’ve signed up for email alerts, make sure you customise your options so I’m not bugging you with random shit you don’t care about (the link is in the footer of every email I send out).

Some of the response has been pretty surreal. Like, my ugly mug on the front page of MSN level surreal:

Like, being featured in the hallowed pages of the Daily Mail. Like, this CNBC clip featuring gratuitous shirtless photos mixed with stock footage (actually a really nifty little video). I don’t send out emails about any of this sort of thing, so come join the Facebook page if you want to stay in the loop with weird/cool developments. Did I mention I’m trying to work on my social media presence?

Corresponding with so many like-minded people and being able to help them out in some small way is a massive buzz. I just got an email from a reader who’s been following my writing since before the blog. He grew his net worth by $35,000 in 15 months, is now saving more than half his income, and on track to be debt free. How bloody good is that??

If you’ve ever sent me an email or hit me up on social media, thank you. I try and reply to every single message. Hearing from someone who’s all fired up by something I’ve written makes my day.

Where to from here?

Once again, thanks for all your support. It’s a great honor to have so many sexy and intelligent readers on board. As we enter the terrible twos and really start toddling along, I can promise there will definitely be fewer nonsensical baby metaphors.

Congrats on hitting the one year mark. Your stats are very good in a market place that is interdependent on our community of blog writers. Your topics and writing are spot on so please keep at it.

Happy 1 year!!
I’ve only just found you recently so I look forward to the increased blog schedule coming up 🙂

Thanks – you can help keep me honest!

Yes, well done that man. I see the Stickman blog has gone tits up? Looks like he has had some sort of disagreement with a business partner and has pulled the pin. Shame, he has been around for years. Anyhoo, keep up the good work, I’ll be over your way this coming low season.

Cheers mate. I actually hadn’t hear of Stickman, might have been a bit before my time? Looks like he was a Kiwi bloke too.
I’m in Thailand for another month or so, give us a yell if you’re here any time soon.

I can see why you have so many readers. You are quite astute, otherwise I would be unable to explain how you could possibly know that I am in fact very sexy and incredibly intelligent. However I was puzzled by how the flasher in your embedded photo could actually be flashing that shocked woman if he is in fact wearing boxers, or perhaps that is the whole point, faux flashing. Anyway, congrats and good luck and I’d help you on the Facebook thing if I did Facebook, but it just isn’t sexy or intelligent enough to capture my interest.

Yes, I have a special connection with every reader – there’s no way I would resort to unvarnished flattery to win them over! The faux flasher is a consequence of stock image websites being deeply weird, which is another thing I’ve learned (maybe I should have included a section on that). Thanks for your kind words, and congratulations on not getting sucked into the obnoxious time-sink that is Facebook!